Your Mountain Adventure and Your Mountain Challenge were founded by Mark Valentine who, after experiencing the huge benefits which can be gained from spending time in the outdoors and developing key skills to allow this, wanted to pass this on to others through sharing his expertise and knowledge.

Based in Yorkshire, we run courses and adventures around the UK and internationally, delivering high quality practical skills tuition and guidance on everything from navigation, mountain craft and climbing courses to planning and leading international expeditions.

We allow our clients to challenge themselves physically and mentally amongst a group of like-minded individuals whilst under the direction and advice of fully-qualified and experienced instructors or expedition leaders. We are passionate about providing every one of our clients with the appropriate skills, knowledge or guided opportunity to visit & experience environments and landscapes that once seemed out of reach. 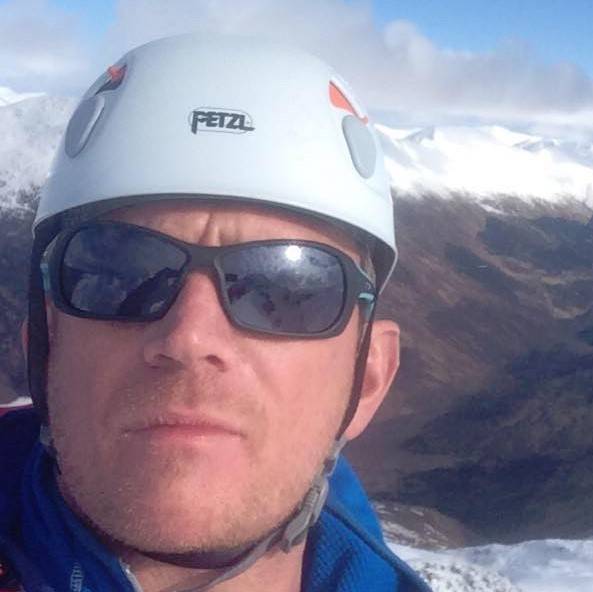 Mark, or ‘Charlie’ (a teenage nickname given in the 1980’s due to his dodgy, Charlie Nicolas like, mullet) entered the world of mountain leadership and instruction following previous careers as both a Heating and Print Maintenance engineer as well as an unplanned, and lengthy spell as a  Door Supervisor and Head Door Supervisor for various venues in Leeds and Majorca, even appearing on MTV! His love for the outdoors was originally discovered during the freedom of youth, way back in time. After being diagnosed with PTSD and depression he found a path to better times by rediscovering this love. After joining a number of outdoor skills

courses, whilst initially only seeking to build on his existing knowledge, his ‘hobby’ quickly developed into a change of direction for both career and life and to gaining qualifications in Mountain Leadership and Coaching. Mark has a passion for introducing others to the benefits to be gained towards improved physical health and mental well-being through spending periods of time in the outdoor environments, and was the subject of a short film “The White Fox” produced by Film Up High and supported by Mountain Training,

which has been shown at a number of film festivals. Currently he holds the Summer, Winter and International Mountain Leader Awards, and has qualified as Rock Climbing Instructor, Climbing Wall Development Instructor and Foundation Coach. Having also gained Course Director status for the Mountain Leader Award Mark delivers the training and assessment of the scheme on behalf of both Snowdonia Mountain Skills and Mckinlay Mountaineering. Becoming a Mountaineering and Climbing Instructor is next on the list.

Gavin lives in the Scottish Borders but goes wherever work takes him. He is fortunate to have – for work and play – skied, hill walked, and climbed ice & rock throughout the UK, the Alpine Countries, Scandinavia, Alaska, and Russia.As a child, Gavin was fortunate to have an enthusiastic Geography Teacher who took him, with a school group to the Pyrenees in 1978. This was his first trip abroad and it was enough to kindle his passion for mountainous areas and activities. He has been a member of a Scottish Mountain Rescue Team for 22 Years and has held training officer and deputy leader roles.Away from the mountains he played rugby to Scottish First Division Standard prior to it becoming a professional sport. Gavin is Summer ML, Winter ML, International Mountain Leader, Single Pitch Award and Trail Cycle Leader qualified. He is passionate about taking clients into the mountains and allowing them to enjoy the mountains safely but allowing them to flavour the adventure. 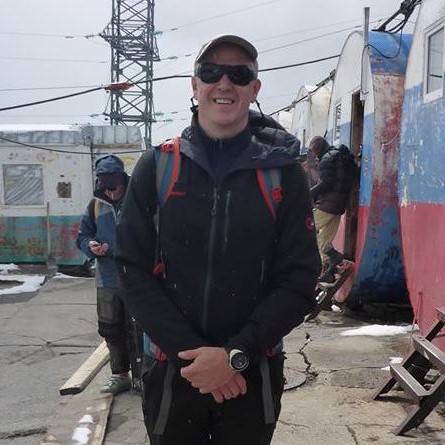